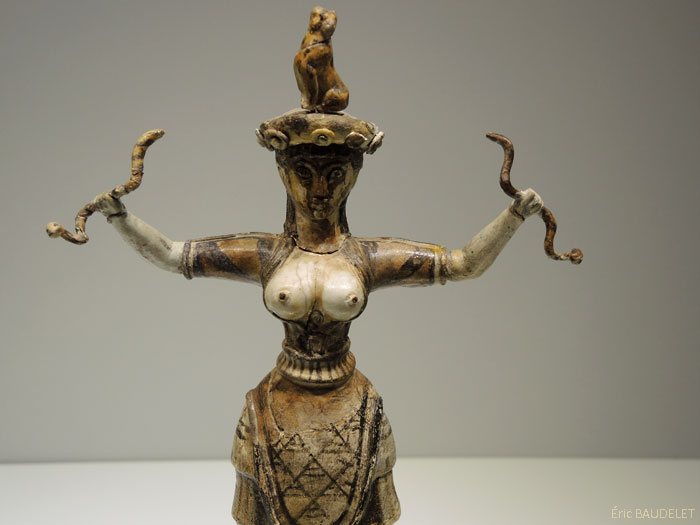 Snake Goddess
The most important cult objects from the Knossos Repositories Temple are the figurines of the "Snake Goddess".
They are named after the snakes twining around the body and arms of the larger figure,
and the two snakes that the smaller figure holds in her upraised hands.

The snakes symbolise the chthonic character of the cult of the goddness,
while the feline creature on the head of the smaller figure suggests her dominion over wildlife.
The goddesses wear luxurious garments, consisting of a long flounced skirt, an embroidered apron and a close-fitting bodice
that exposes the large breasts, symbolic of the fertility of women, the goddess and, by implication, nature itself.